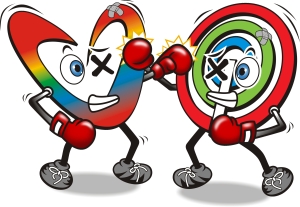 Entertainment blogs usually discuss the never-ending ratings game between ABS-CBN & GMA but in this article, there is more dangerous than that. I know it’s out of the context to use boxing than a tug of war.

A TUG-OF-WAR is a game where two teams pull their respective ends of a rope. The more exertion of a pull of one team will defeat and fall off the other. It can be played indoors or outdoors without any limits.

In a metaphorical sense, tugs-of-war can be used on a rivalry for a long time be it in sports (e.g. PBA’s Manila Clasico & UAAP’s Ateneo vs. La Salle), in politics (e.g. the issue on burying President Marcos in the Libingan ng mga Bayani or in Ilocos) or in entertainment.

On the last general category, we heard such things perpetually and mindlessly — the ratings game on television where the players are only between the main channels, ABS-CBN and GMA. However, there is another tug-of-war that the rest of public won’t discuss on forum threads and social media — the programming control of national networks.

Timow’s Turf asked you on such treatment when you stepped into the shoes of a programming head of a broadcast network. Don’t spoil the results just yet because we will detail it further.

Like the Pokémon GO craze, you chose one among the three teams with some reasons. However, they are not Team Instinct, Valor & Mystic but rather Team Regional, Unitarian & Federal.

This team was established because of these grievances:

Metro Manila contributed 12.8% of the population pool but the majority of attention in the media.

These grievances can be summed up in an original political pejorative as Imperial Manila.

Proponents belonging to this team believed the respect of diversity of languages, cultures and its own people in this country. They advocate the powers of programming to regions on what they wanted to convey in their own part of the land and setting the time what best suited for their needs.

You would probably recall the heated comment discussion on From the Tube‘s post on resolving the weekdays at 5 P.M. problem on ABS-CBN where its author was drawn dissension on the “unifying schedule” and they belonged to another team.

Team Unitary is deeply concerned with the finances of the network. For them, setting up a dedicated and separate regional news or programs for Metro Manila is too “redundant.”

This team who are apologetic to the status quo defend with these reasons: 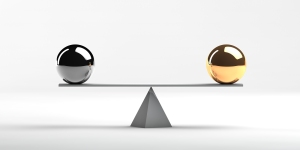 Federalists believe that decision making should be expressively stated between the national broadcaster and regional stations.

As a compromise between Regional and Unitary, they are the people who wanted significant decision-making on both the national network and its constituted regional stations.

In their specific plan of action, a morning show, their noontime show (if any) and primetime slate produced nationwide is decided from the main headquarters; regions will create their own counterparts only on daytime. Other genres on national daytime programming (such as cartoons, anime, game shows, talk shows, etc.) for syndication and/or exclusivity will be scheduled differently across regions.

Like Team Regional, there shall be regional news to cover their own breadth of land while the national news’ news hole (a visual aid on how long the news will deliver) will concentrate more on the national and international stories that are worthy for the country with at least providing a short time for provincial roundup. Showbiz segments and ratings reports are completely eliminated in primetime and late night news.

Under this approach, Kantar and Nielsen would de-register programs that are not at the same time with the rest of the country. Those shows that have different times will be registered in their separate databases for their respective regions. For the users of the ratings report from such firms, advertising and promotion slots will be shared between national and regional.

As you now understand the detailed claims of each team on reviewing the structure of present programming, let’s revisit the question (rephrased): Will you go on one end for the pure regionalist, the other end for the status quo or on the middle in the “federal” compromise?

However, admit it, the transition is not easy but in the end, it will sound beneficial for three parties (the main HQ, the regional stations and the viewers) but for the networks, it’ll be too reluctant to materialize this or perhaps, they will dismiss this idea and never will learn unless someone will unearth it.

Although there are other versions of tug-of-war than this such as the exclusivity vs. syndication & celebrity vs. ordinary people but that’s another story.

Wrapping this article, maybe we need to hear Katniss Everdeen at the end of Mockingjay of the Hunger Games trilogy that “there are much worse games to play.”

This site uses Akismet to reduce spam. Learn how your comment data is processed.

Countdown to the Big Deal!

SPORADIC REQUESTS ARE NOW READY FOR YOUR ENTERTAINMENT. CLICK HERE!

Send a .doc attachment or a Google Doc to timparagas617@gmail.com with the subject “Turf Contributions”

SubSelfie.com is an independent online magazine for the young generation of Filipinos.

A Journalist in the Philippines

A blog about math, philosophy, puzzles, politics, and more.

A place to learn about flags and their design, and see my own designs.

A little something for you.