[AUTHOR’S NOTE: The first Leap Day of this blog’s existence was in 2016. Unfortunately, it fell on a presidential election year; hence, we went on The Filipino Decides mode. Hence, this second Leap Day of existence will be our first Leap Day special. The requested topic barely contribute anything.] 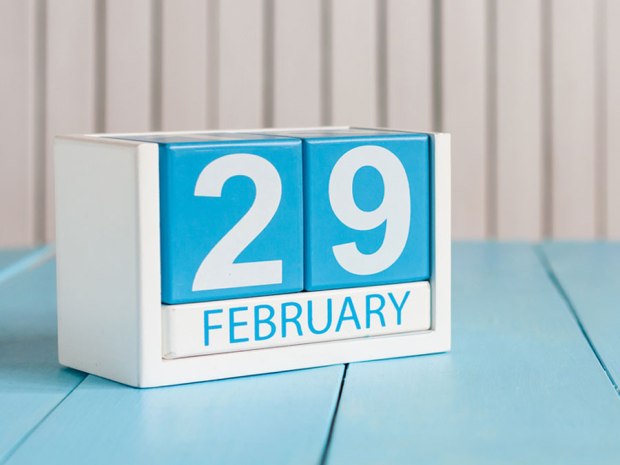 While it may not be a big deal for others — except those who celebrate their actual, rare birthday today — the objective of having the conditional rules of a leap year is to align within the Earth’s seasons for thousands of years.

Speaking of the astronomical complexity for the sake of alignment, I have thought about why I publish this on a rare day.

No offense to the readers who are diagnosed with obsessive-compulsive disorder (OCD) but I kept asking: why is it so hard to align things in a certain period? Is it just because I am pedantic towards perfectionist or rather, stringently structural when it comes to scheduling things?

The answer is: maybe…

In the present reality of television programming, I found out some individual cases in different parts that would need an alignment. If I were in the shoes of the programming department or a showrunner, I would not just craft the program or its lineup within the 24-hour period but further on a 7-day, a 4-week or even a 12-month period.

Will the following be rectified and doable? But let’s delve in…

Remember the 5 o’clock problem in the blog From the Tube in 2016?

At that particular time of the day from Mondays to Fridays, regional newscasts will take place in their respective regional channels of the South Triangle Duopoly. It would miss the Koreanovela that is airing in the Metro (which can catch up on the following weekday morning except for the last episode) on one and the first part of Wowowin (which it won’t recover) on the other.

There is neither a Metro Manila editions of TV Patrol nor 24 Oras to separate from their main national newscast to end the annoyance of probinsyanos — especially when it comes to crime reports happening there. It would be costly to get separate newscasts but worthwhile in terms of consistency but alas, neither news departments will ever take that initiative.

The previous (44th) season of the Philippine Basketball Association lasted a bit more than a year after facing the following disruptions: Gilas Pilipinas’ qualification and the fumbled campaign in the FIBA World Cup in China, the Southeast Asian Games and the unavailability of the main venues during the holidays.

Tomorrow (March 1) would have been the start of the new (45th) season but with the lingering scare of COVID-19, it will be postponed to next week (March 8).

One thing is for sure, it is definitely too late to change the three-conference format. Had it done to speed up the season will destroy 5’s plan of restoring entertainment programs on primetime or it would start at 9:00 p.m. on weekdays (8:00 p.m. on weekends).

The current iteration of the classic singing competition becomes a segment in It’s Showtime since 2016. While some don’t watch them due to the banters and antics that Vice Ganda did to the contestants, what fascinates on that segment is how its year is divided: per quarter.

Since a year is roughly 52 weeks, it can be cut into 13 weeks long.

Well, not quite; in our practical broadcast calendar, we have to deduct Holy Week and the last week of the year (for the recap of the passing year) to get 50 available weeks.

Since 50 is not divisible by four, the remainder or fraction has to be disregarded; therefore, we should have 12 possible weeks (72 days) of the competition proper per quarter. It would be better if we would deduct one more week to get 11 (66 days) in order to catch some break for the judges.

The procedures of the quarterly championship will be up to the segment producers but then, the “inevitable” — as the solid network haters wish to happen — comes in a month or so.

After presenting three cases and the possible solutions, I think we have to be honest: none of them would even work or implement because the networks’ programming department is invoking the “flexibility” card.

But to be honest, are we just too flexible even though the external, cyclic environments — the climate and the calendar — are nearly defined? 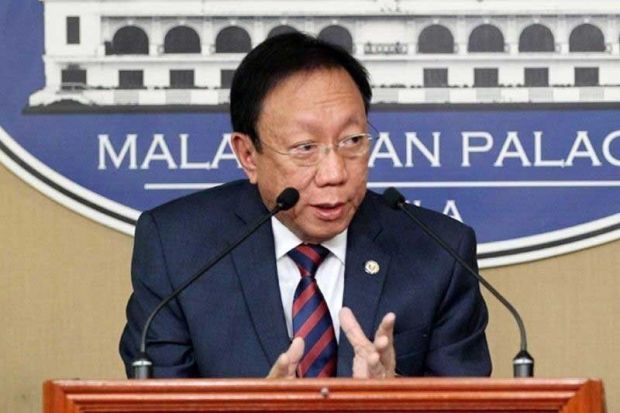 AS THE SAGA of Mother Ignacia’s reckoning continues with less than seven weeks until their Congressional franchise expires, Solicitor General Jose Calida filed a quo warranto petition against ABS-CBN yesterday to the Supreme Court personally by wheels.

He claimed that they had some foreign ownership (which is completely forbidden under the Constitution) through Philippine depositary receipts (PDRs) — the same reason he pitted against Rappler two years ago.

We have heard that Latin legal term when Maria Lourdes Sereno was ousted from being Chief Justice and lost the official ordinal numbering back in 2018 over her Statement of Assets, Liabilities and Net Worth (SALN) — the same document that had her predecessor, Renato Corona, impeached and convicted. However, the quo warranto can also affect corporations since they are defined as a “juridical person” in our Civil Code.

During the running stint as the principal lawyer of the country, Calida accomplished over other pivotal, political events: the arrest of Sen. Leila de Lima, Marcos’ burial in Libingan ng mga Bayani and the extension of Martial Law in Mindanao after the battle in Marawi.

So what will happen if the Court heeds the call (despite the legal experts’ thought of outright dismissal)?

With the Supreme Court being majority appointed by the sitting President, it should not be a surprise if their handed decision is to void the franchise (or further, the corporate existence) of ABS-CBN before March 30 and the subsequent motion of reconsideration is quashed.

Should that happen, the deliberations in Congress regarding their specific renewal would be moot and moved onward with other businesses. The endeavors of the digital television transition could, therefore, be delayed or be mooted since it leaps onward to video-on-demand streaming. Aside from the hypothetical, individual scenarios, competitors might have to kowtow to their policies without questioning until the next presidential election or further, if the President’s anointed one (whoever that is) gets elected.

Ordinary citizens are powerless in fighting with the bad system and/or people that come into play. In addition, our collective short attention spans that hinder our remembrance are not helpful at all — putting it on ourselves to the permanent, stagnant mindset that we are labeled by the rest of the world today. That’s how we voted for and we kept it with pride: when a person does not like something because he is not doing a good job and refuses to accept constructive criticism, it becomes a permanent public policy and leaves a significant mark that will last beyond their term.

That being said, Calida is part of the planner of revenge against President Duterte’s pettiness against perceived enemies — be it from the strong persons in the opposition or from the institutions whose primary job is to be held accountable with their dealings as public servants.

When his coterminous term ends in 2022 alongside the appointer, his decisions, including this one, will definitely be a part of the real legacy of this administration (not the ones set up by the PCOO that was failed to be defended further — oh wait, wrong network!). However, the reversibility of any damage done will take more than one term to recover after leaving but as we said about attention spans, such things will become permanent into the history books. 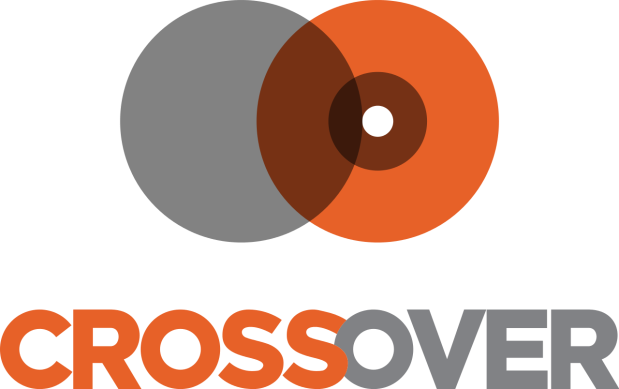 Crossover crossed over to a new format on December 30, 2019, after playing smooth jazz since 1994, without any notice.

LAST RIZAL DAY (December 30), the smooth jazz over Crossover 105.1 (DWBM-FM) stopped playing after a quarter of a century (roughly the same age as the author), stunning loyal listeners and radio enthusiasts as they were not even notified through social media. Today, you can hear them as Q Radio under a different format (possibly, a Top 40 CHR).

For ordinary listeners, they considered it as a “plot twist” at the cusp of the decade but for media professionals and enthusiasts, there is one term that can best describe that move: stunting.

This broadcasting tactic is commonly found on radio broadcasting where a station begins to air content uncharacteristically to what they would usually play. Depending on the station’s situation or management’s preference, it can last between a few minutes to a few weeks before a new format is formally launched or it can happen on a certain day or part of the year.

There are four common types of radio stunting:

In television, this is prominently practiced on April Fool’s Day in cable channels but it’s not much found or applicable in the Philippines as doing so could mean complaints and fines.

In the end, stunting is intended as a publicity stunt to generate the sudden attention of every hearing observer.

All right, so where did all that smooth jazz go? For the Metro Manila listeners, it’s on their official website and on their mobile app. For the rest though, the Crossover stations will continue to play that genre but they will soon follow.

Countdown to the Big Deal!

SPORADIC REQUESTS ARE NOW READY FOR YOUR ENTERTAINMENT. CLICK HERE!

Send a .doc attachment or a Google Doc to timparagas617@gmail.com with the subject “Turf Contributions”

SubSelfie.com is an independent online magazine for the young generation of Filipinos.

A Journalist in the Philippines

A blog about math, philosophy, puzzles, politics, and more.

A place to learn about flags and their design, and see my own designs.

A little something for you.